Radfem as a religion: more thoughts 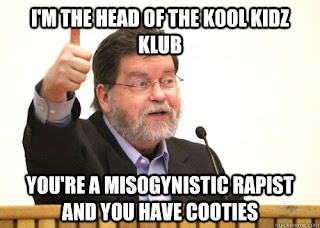 I've touched on some of the following points in various posts, let's wrap them up neatly and list in one place all the reasons why radical feminism is a cult:


Do you have anything to add to this list?
Posted by Schrödinger's Therapist at 6:01 PM